It has become obvious to my eyes that a few of the England players have been spending some time in telephone booths, and not in the process of following Gary Kirsten's instructions (although this would explain the sudden turn-around). What I am trying to say is, while New Zealand have one superhero in Dan the Man, England seemed to have just transformed a few of their own.

Take, for example, the efforts last night of Jimmehnaut in being the only really economical bowler on the night, and taking three wickets to boot, not to mention his fantastic figures in the previous game. Or the six sixes and nearly-century by Supershah. What about Mr Incredicolly's all-round superness in England's matches so far? Or Mog the Merciless's powerhitting? Graeme Swann has been a superhero for a while, as Ceci and Mel can attest. They have photographic evidence. 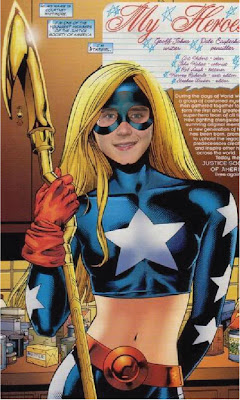 Meanwhile, the delicate and rather unsightly lancing and draining of Bopara's ego continues.

Ultimately, the Real Man of the Match award goes to Andrew Strauss, for pulling the biggest ruse of all time. There was Smitteh, Captain Courageous, thinking "Hey, I don't need to drink sports drinks, it'll be fine, when I cramp up I can just call out AB as a runner and he's ten times faster than me" not even stopping to question whether Strauss would allow him assistance. I mean, this was the guy who called back a batsman after a pretty legit run out, wasn't it?

And this is where Smith fell for Strauss' cunning plan. The magnanimosity of the last match disappears faster than Dave Warner's hype in the face of England's sworn enemy. AB is sent back to the pavilion. Smith struggles and South Africa are out of the tournament, mercifully saved from choking in the semi-finals. KP sends a congratulatory text message to his captain.

Back at the Wanderers, New Zealand (or rather Ryder, Guptill and Dan the Man) decided that they actually didn't have that bad a line-up after all and could probably post a fair total. Which they did. They then almost managed to lose the match through Shane Bond and Kyle Mills, before Dan the Man once again rescued them. New Zealand are now facing a sudden death match against England (sudden death only for the Kiwis) while all Sri Lanka can do is wait, watch and hope that the England players don't leave their capes at the hotel.
Posted by The MG at 12:30 PM No comments:

From Cricinfo's commentary of the match between Australia and the West Indies:

Brad from Australia clearly jinxed Hussey. "Hussey for a century," he sent in a minute before the wicket.

Alright, Australia won too, but they did struggle. Against a bunch of part-timers. Had Johnson not got those runs at the end they probably would have lost. Why did it have to be Johnson? Now I'm going to have to put up with another few months of hearing how wonderful he is, as everyone forgets the pretty horrible performance he put in in the Ashes with bat and ball. He pretty much lost Australia the urn that first morning at Lords. Not that I'm complaining, mind!

The party was good, as you can tell by the time of this post. I did however get up quite a bit earlier, and had a big sausage breakfast that may or may not have been a good idea. I still have a fluorescent yellow earring drawn in highlighter (which suited my pirate's hat, I must say) and a fluorescent pink anchor texta tattoo on my arm. The latter I drew myself, and it kind of looks like what His Tattooedness Brendon McCullum would get if he were raising money for breast cancer.

Alright, to business. Pakistan beat India, which means all my Pakistani friends are posting very happy Facebook messages about it, and all my Indian friends have either mysteriously not posted since pre-match or are determinedly discussing something completely different and quite irrelevant. Dravid did what he does best and scored at well below the required rate for a long long time. Walls are not very useful in high-scoring ODIs, methinks. Everyone's going on about Ishant, but he's the only one who went for less than five an over and he snared a couple as well. Malik scored a hundred; I almost died of shock.

Melbourne Storm beat the Broncos in the preliminary final last night. Did I write beat? I meant pwned! 40-10 scoreline. Nice neat numbers, and just the result I wanted. Not only that, but the Cats won the AFL grand final. So a good week, all in all.
Posted by The MG at 12:53 PM No comments:

Man made God in his own image

Well, just a quick post before I leave for a party.

The title has absolutely nothing to do with this post, but I thought the line was kinda cool. England beat Sri Lanka last night, which was a big shock, but rather welcome. Unfortunately, my favourite Graeme didn't get any wickets, but a win is a win nevertheless and it has made Group B so much more exciting. Nice sportsmanship by Straussy too - good to see that these things haven't entirely disappeared from the game. Must say though, I would have been waving Mathews on his way if I were captain!

Group A has a thriller tonight that I'm sadly going to miss, and I'm not talking about the Australia vs West Indies game. I'm predicting Pakistan to win, but only narrowly. Although, they could of course pull off a spectacular choke as they have been known to do. Don't really mind either way, as long as both team's beat Australia.

Bought Malory's Morte D'Arthur and a big dictionary of mythology today. I'm looking forward to tucking into those tomorrow afternoon, and will report on anything interesting I find. Meanwhile, I've been reading excerpts of Pliny the Elder's Natural History. I'm not sure I'll take his advice on lions - that if you plead with them and bow down to them, they'll leave you alone - this is after all the man who died because he wanted to witness a volcanic eruption. And he had no objection to lovely Roman lead pipes. He also seemed to find pretty much no satisfaction in sex, and thus would be thoroughly unamused by Gary Kirsten's suggestions to the Indian cricket team. More on that later.

Hello and welcome to my blog.

As the title suggests, this is a cricket blog. However, as I have a whole range of interests of which I wish to bore you with the details, there will be plenty else on here. So I'll probably get round to discussing music, philosophy, other sports, art and current affairs.

I'm hoping to have a weekly routine but I'm sure I'll never stick to it, so I might as well not bother writing one up and save my time. Hey, I'm not even sure if I'll post again! Anyway, this should be fun and I'll try my best.